Align and Advance Your Business

The Seven Elements of Successful Negotiation

Negotiation is the process by which two or more parties seek to satisfy their respective interests by attempting to come to some agreement. Whether with external counterparties including customers, suppliers, distributors, and strategic partners, or with internal stakeholders and colleagues, the way in which negotiations are conducted has enormous impact on the commercial value companies create and capture.

The seminal book Getting to Yes (co-authored by one of our founding partners, Bruce Patton) codified the principled, interest-based approach to negotiation. Rather than a focus on bargaining over positions, this approach to negotiation emphasizes the importance of focusing on the goals and concerns that lie beneath stated positions, and engaging in creative problem-solving to find ways to create value for all parties. At the same time, the principled approach to negotiation recognizes that negotiation also has a competitive dimension. Value can be created through negotiations, but it must also be distributed between or among the parties involved. The key is to do so in a non-adversarial manner that avoids the high costs of bluffing, brinkmanship, and damaged relationships.

Over the past 30 years, Vantage has refined and expanded the ideas in Getting to Yes based on our work with clients advising on thousands of negotiations (ranging in value from millions to billions of dollars), and leveraging insights from the fields of game theory, psychology, and behavioral economics, as well as our own ongoing research.

A Joint Problem-Solving Approach to Negotiation: The Seven Elements 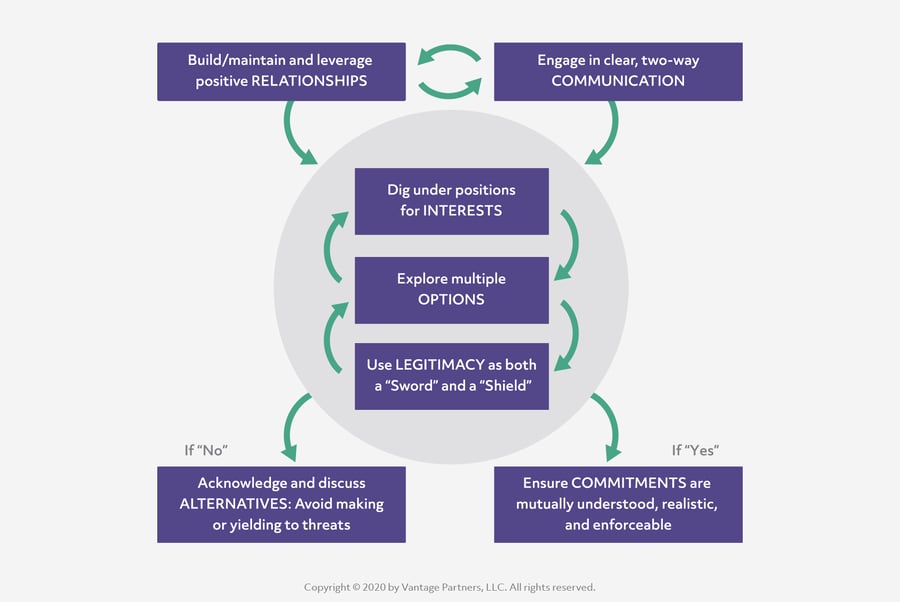 Negotiation is an essential skill

The most effective negotiators are assertive without being adversarial and are collaborative without being naïve. They don’t give into pressure tactics, but they also know the danger of “fighting fire with fire” and allowing negotiations to descend into tit for tat. Great negotiators don’t just focus on the deal, but are masters of shaping the negotiation process, and changing the game when confronted with adversarial counterparts. Even when the other side seems to have more power, skilled negotiators are able to uncover and employ multiple forms of constructive leverage to achieve optimal results.

Vantage’s Seven Element Model lays out the fundamental variables in any negotiation, and explains how those variables interact. It enables individuals and teams to analyze any negotiation context, develop an appropriate strategy, diagnose challenging behavior from counterparts, and to make deliberate choices throughout the negotiation process based on the ability to anticipate how the other side will respond.

Beyond preparation: the power of strategic positioning

The importance of robust planning and preparation cannot be overstated. But even if this begins many months before the initiation of formal negotiations, the relative leverage and bargaining power of each side is largely (though not completely) fixed. Earlier preparation is assuredly better than last-minute planning, but the real gains come when negotiators, and senior executives across a company, begin to think and act strategically about building and maintaining long-term negotiation leverage. Companies that define commercial strategies to maximize downstream negotiation leverage, and that deliberately link separate negotiations when doing so increases optionality and bargaining power, realize substantially better results than those that don’t.

Extent to which negotiations are guided by a formally articulated strategy 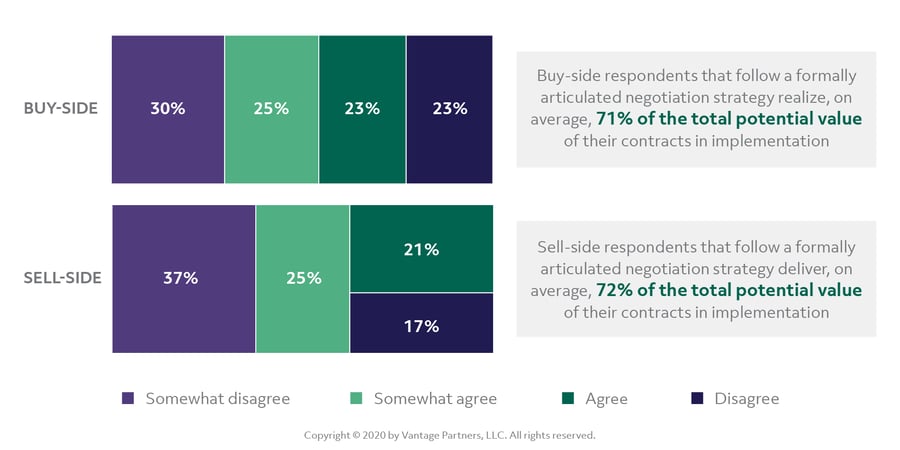 Impact of a formally articulated strategy on negotiation outcomes

Customer-Supplier Negotiation Study
Read More
Mind the Gap
Read More
Getting Past Yes: Negotiating as if Implementation Mattered
Read More
The Point of the Deal: How to Negotiate when YES Is Not Enough
Read More

Negotiation as an Organizational Capability

Negotiation is a process, not an event

Large companies engage in thousands of external negotiations per year – with customers, suppliers, channel partners, regulators, and others. Even smaller organizations typically engage in many hundreds of negotiations annually. Maximizing value across these negotiations requires that companies systematize negotiation as a business process, and equip negotiators with the information and tools they need to be effective. 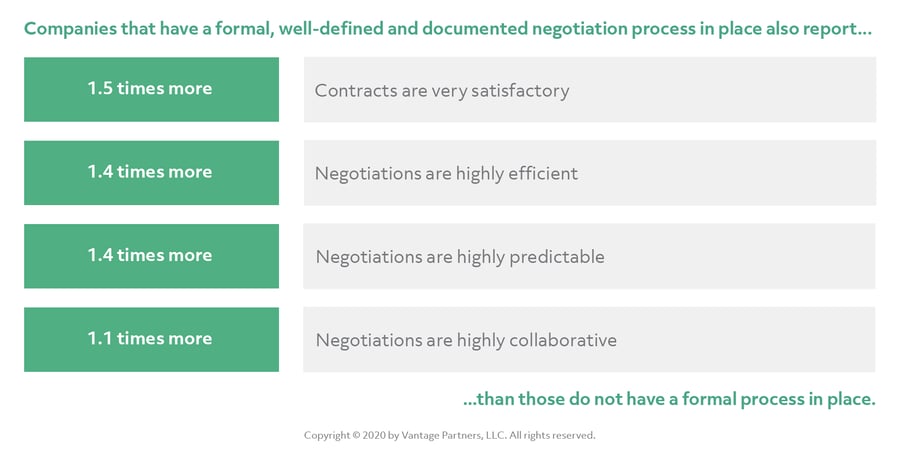 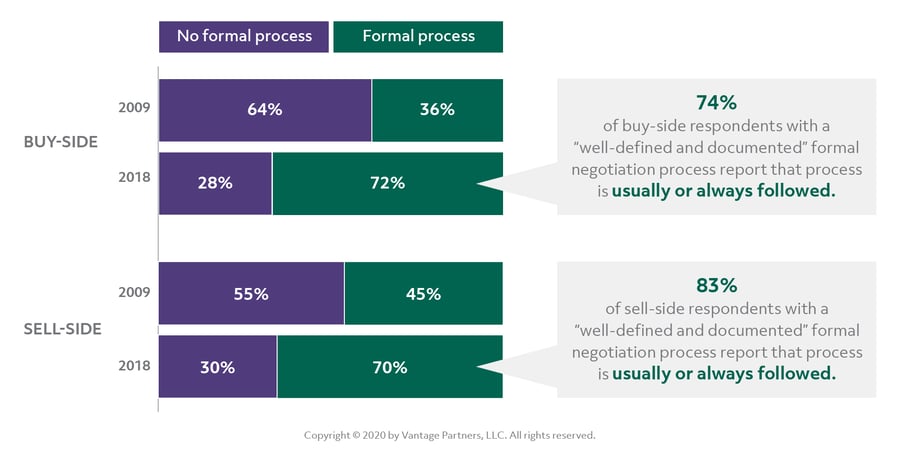 Many difficult negotiations take place among parties who hope to maintain a strong business relationship that endures long beyond the negotiation at hand. Vantage’s negotiation training programs help participants develop the capabilities to consistently negotiate optimal agreements without sacrificing the relationship they’ve worked so hard to nurture.

Our training programs are based up the principled, interest-based negotiation framework originally developed at Harvard University and described in our best-selling book, Getting to YES: Negotiating Agreement Without Giving In.

Contact us to see how we can help you move forward