Influencing ‘Unreasonable People’: How to Break the Cycle of Dismissal 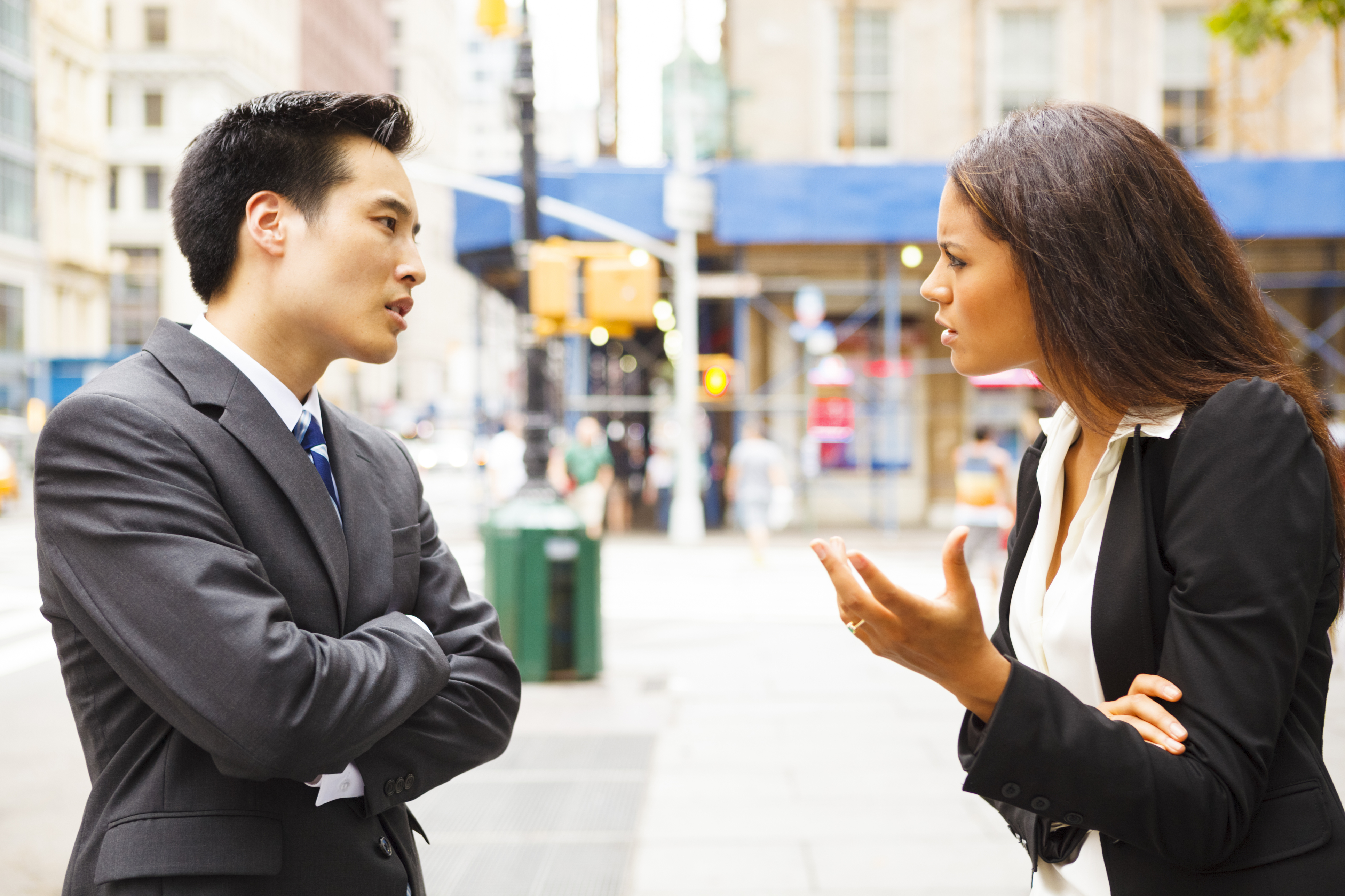 by Jonathan Hughes and Ashley Hetrick

84% of people report they sometimes or often need to influence “unreasonable” counterparts within their companies, a multi-year Vantage study finds. At one out of every four companies, people predominantly rely on manipulation or coercion to get their way. How can we navigate a workplace where we need the cooperation and assistance of others who often seem disinclined to provide it? We need better ways to influence others—and a new way to think about what influence is. 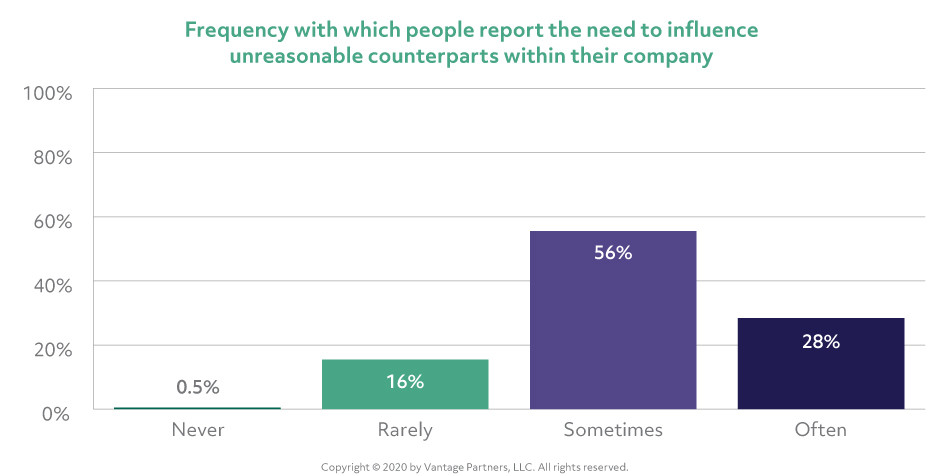 How do so many apparently toxic workplaces persist? How can “unreasonable people” be so pervasive? And how can we effectively navigate such a challenging workplace terrain?

Aside from the rare pathological outlier, the vast majority of people we find difficult to influence are likely not inherently unreasonable or irredeemably selfish. Of course, they’re not likely to sacrifice their careers for our benefit. But most people genuinely want to do the right thing. Nonetheless, reasonable people often act in ways that make sense to them, but often seem unreasonable, selfish, or even irrational to others.

Different Points of View and the Cycle of Dismissal
Influencing “unreasonable people” starts with recognizing that those we see as unreasonable or motivated only by selfish considerations almost certainly do not see themselves that way.

We generally see ourselves as acting reasonably, if perhaps not always nobly. We need to remember that others see themselves and their actions the same way. Human beings are also prone to binary thinking. When confronted with different points of view, the natural and almost inevitable reaction is to conclude that someone is right, and someone is wrong. (In such circumstances, the person who is wrong is almost certainly you, not me!) Divergence in thinking often produces debate, which then often becomes argument, and can rapidly escalate into a “cycle of mutual dismissal.”

Transforming Differences in Opinion from a Source of Conflict, to the Fuel of Innovation
Even in relatively small organizations (and even more so in larger ones), individuals have specialized jobs—hence differential knowledge, and different priorities. It’s tempting to attribute disagreement and resistance from others to their lack of comprehension, competence, or commitment. But even the most self-interested resistance usually contains nuggets of insight—about potential risks, possible alternatives, and other opportunities. Instead of digging in our heels, we need to dig into a learning conversation, to embrace dissent rather than overcome objections, and uncover such insights, no matter how deeply buried or well-disguised they might be.

At some point, however, learning must give way to decisions and actions. We’ve all still got our jobs to do, and results to deliver, and we need support and help from others. How do we get it? Paradoxical as it might seem, we need to stop thinking of influence as trying to get agree with us, and instead as a process of joint exploration and problem-solving. Especially in complex organizations with myriad competing priorities, influence cannot be a one-way street. The following chart highlights how our assumptions and behavior shift when we reconceive influence as a joint problem-solving activity. 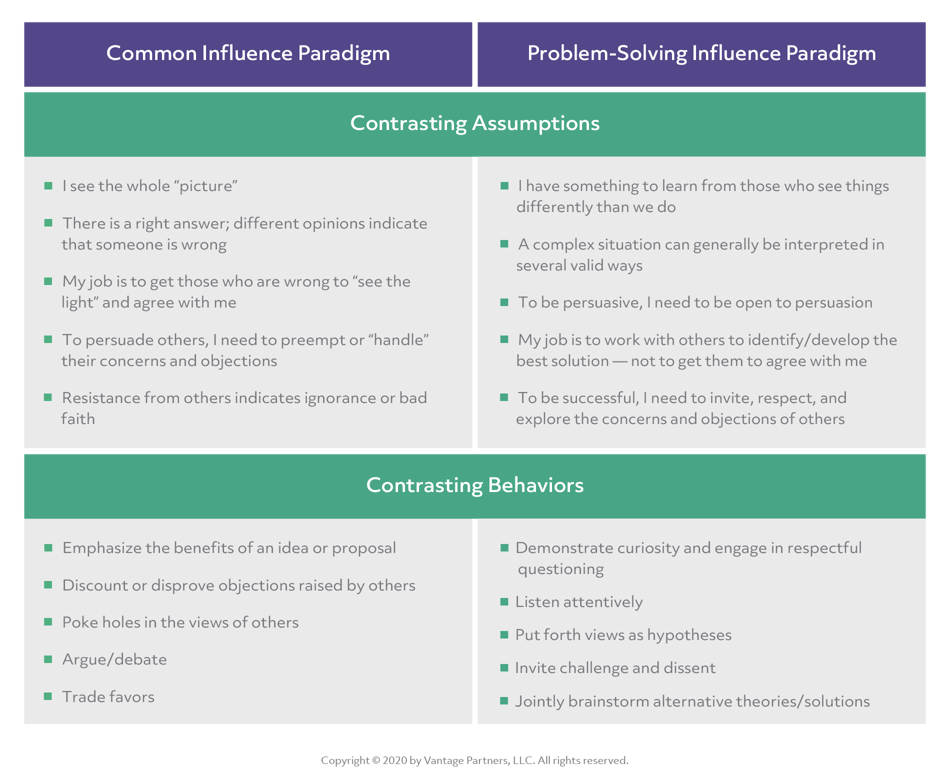 When such collaboration goes beyond individual actors and pervades a company’s culture and a joint problem-solving approach to influence is routinely employed, our research finds that people are able to learn from disagreement, make better decisions, and develop innovative solutions. Individuals in our study who reported that joint problem-solving (versus, selling, manipulation, or coercion) was the most common style of influence at their organization were 4.9 times more likely to report that differences are a significant source of learning and innovation, rather than a source of conflict and inefficiency. 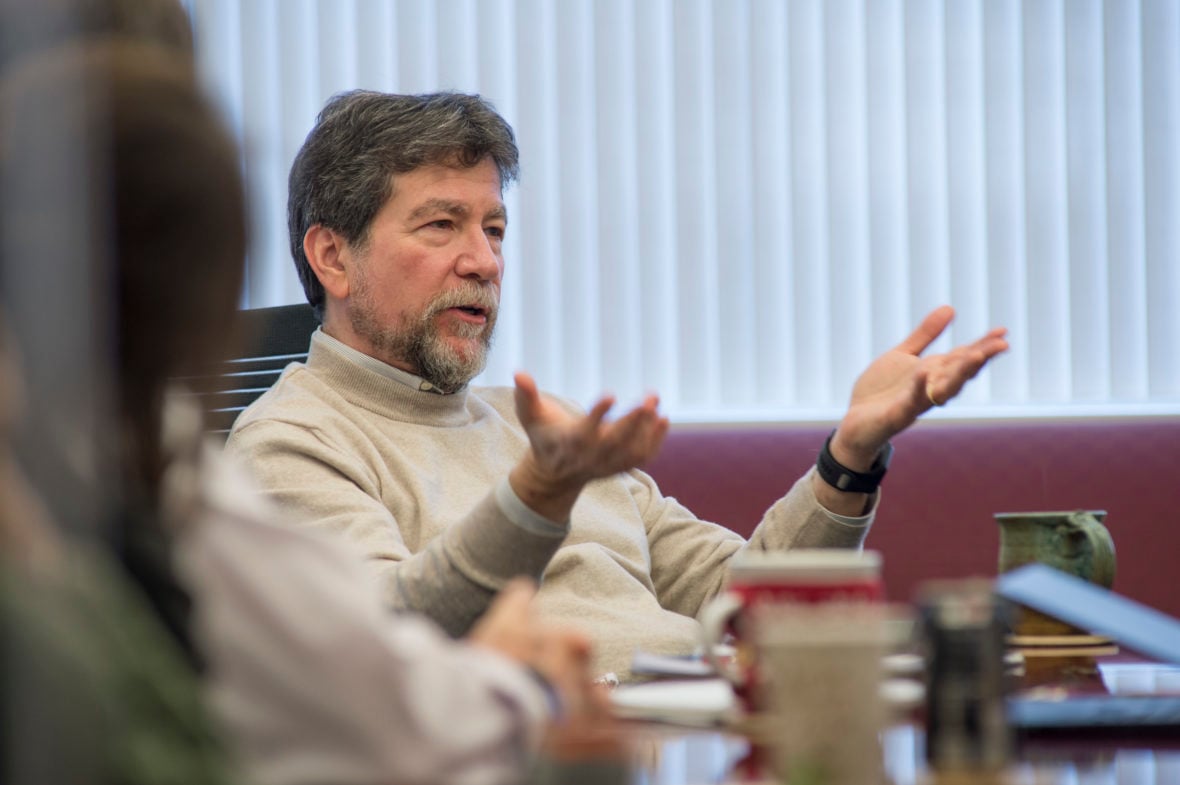